The holy city of Amritsar has been renovated and can be compared to any sophisticated city in the developed country. There was also a strong need to bring new and classy services in the city. People can now view and feel the international standards with the beginning of DNA Tests. Amritsar already had a sample collection center but there are a lot of NRI’s in the city, so the demand for best Immigration DNA Tests in Amritsar, Punjab arises. People are now aware of the uses of DNA tests.

DNA Testing is the only biological testing method currently accepted by the Department to establish a biological relationship. DDC Laboratories India is specialized in assisting people with their immigration case by providing best DNA testing services around the world. Our Immigration DNA Tests are widely accepted and recognized by embassies, consultants.

Our testing laboratory is AABB, NATA, Ministry of Justice and CLIA certified. We do embassy approved immigration DNA tests in case of immigration application for countries like UK, USA, Australia, Canada, Japan, Switzerland, Dubai and many more. These test results are evaluated as sufficient evidence to prove blood relationship between the family members.

We can also arrange sample collection from anywhere. If you are applying for an abroad immigration DDC Laboratories India is the fastest and affordable option for Immigration DNA Tests in Amritsar, Punjab. You can also call us at: +91 7042446667 or WhatsApp us at +91 9891167771 and we’ll make it as easy as possible for you. 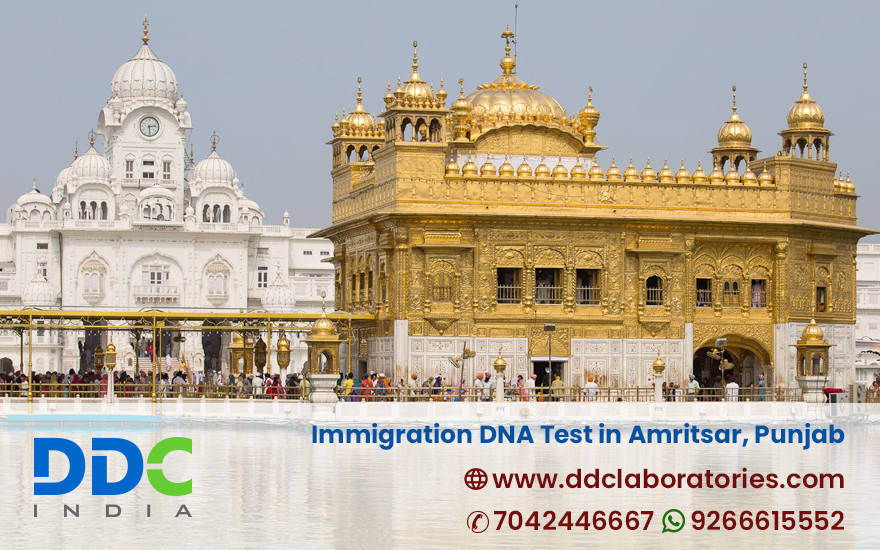